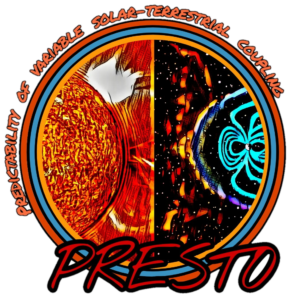 Solar Activity and its Influence On Climate

The next 5 years spanning the start of Solar Cycle 25 through its (near) peak provide an excellent opportunity for evaluating our understanding and ability to predict solar activity on decadal time scales.

Predictability requires improved understanding of the physical pathways wherein solar variability impacts the atmosphere, from the magnetosphere through the troposphere. The nonlinear and stochastic mechanisms which modulate the solar cycle and affect the scope of the prediction and predictability of the solar cycle are still open questions.

In some areas, decadal-scale solar forcing remains to be quantified to climate-relevant accuracies, which challenge our ability to determine causal connections in the pathways explaining solar forcing impacts on climate.

Furthermore, due to wave-driven coupling in the atmosphere, improving predictability of solar forcing also requires improved characterization of the atmosphere- ocean response to the forcing.